TLA IN THE COMMUNITY.

Forestry will be a driver for our provincial economy for a long time. The TLA has a proud history of supporting organizations that focus on improving the forestry sector and the families, people and companies that are supported by it. Our support of community organizations, events and forestry students has made the TLA an active participant in the economic future of many of BC’s communities.

If you have a forestry education program in need of funding, considering applying to the TLA Forestry Education Fund. This fund, generously founded and supported by TLA members, supports forestry education work in British Columbia.

The TLA Forestry Education Fund is about an investment made on behalf of TLA members, employees, shareholders and families – to teachers, students and communities. Providing opportunities to stay on the coast is one of the highest priorities identified by local, regional and aboriginal governments. The TLA recognizes this priority and is working with other organizations to fulfill the need for coordinated resource education, training and transitioning so that there will be an industry in the long term.

Forestry will be a driver for our provincial economy for a long time. Our members’ contributions to the Forestry Education Fund go a long way to help deliver positive messages and programs. 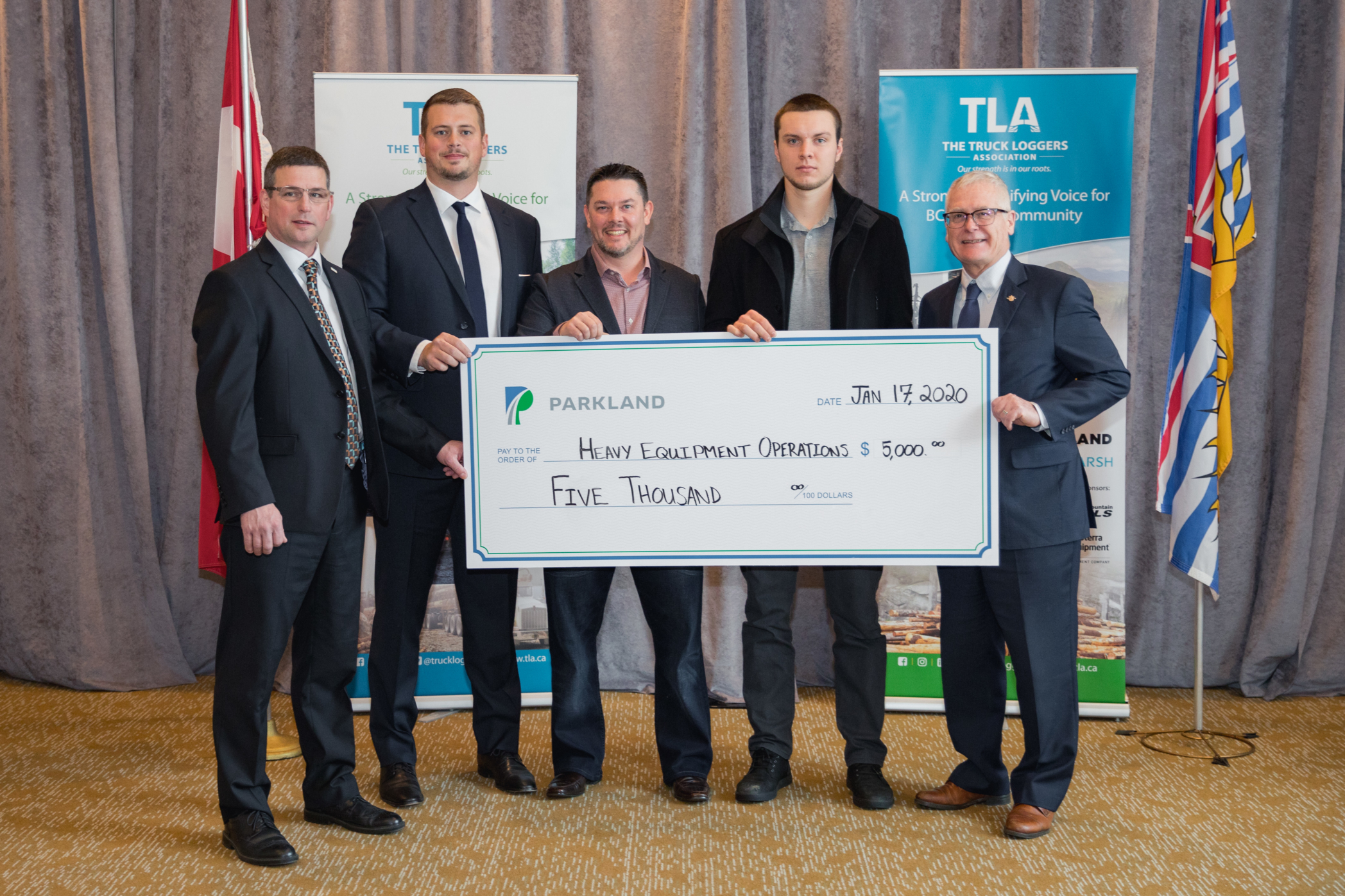 The TLA has been awarding scholarships for over 40 years with the support of our members who donate items to the TLA’s Donor Auction, which takes place annually at the TLA Convention + Trade Show, or without the support of the TLA members who purchase the items at the auction.

Funds are raised for the TLA’s Forestry Education Fund through the live and silent auctions held each year at the TLA’s annual Convention + Trade Show. This money supports ongoing forestry education programs and scholarships. We couldn’t support these scholarships without the support of our members who donate items to the TLA’s auctions and the members who purchase items at the auction.

Background
The TLA Board has approved the expenditure of $5,000 annually over a five year period to go towards
educational awards for students taking approved trades training with the intent of entering the BC
forest workforce. There are many components to these awards that the committee has identified as
conditions that must be met before students may receive such an award from the TLA.

The successful applicant must:
• Be enrolled in a trades apprenticeship or pre-apprenticeship program at an institution
approved by the TLA.
• Be enrolled in a trade that has been identified by the committee as in demand within the
forest sector (heavy duty mechanic, hydraulic repairs/technician, dryland sorting/grading
courses, welding, partsmen/storesmanagement)
• Be sponsored by a TLA member that is committed to providing the student with a position to
allow them to carry out their apprenticeshiprequirements
• Be prepared to pay the full cost of their yearly education and upon successful completion of
their yearly courses be paid the award from the TLA
• Accept that these awards are provided on a first come first serve basis from theTLA and will be
guided by the details of the policy governing such.
• Be interested in beginning their career with a TLA member company operating in the BC
forest industry.

These awards are for those who are training in the trades such as a heavy duty mechanic apprenticeship program and plan to work in BC’s forest industry. Five awards for $1,000 each are awarded annually. Funds are administered by the TLA’s Education Committee. Rules and Regulations can be found here.

These awards are for those who have taken a coastal scaling course, successfully written the coastal scaling exam and have been issued their scaling license. Funds are administered by the TLA’s Education Committee.

These awards are for those who have successfully completed a Level Three First Aid training program. Five awards of $1,000 each are awarded annually plus reimbursement for the OFA3 registration fee. Funds are administered by the TLA’s Education Committee.