The TLA is built on a strong foundation with deep roots in B.C.’s communities where our timber harvesting contractors live and work. We have developed a strategic plan to better serve our members and the communities they live and work in.

The TLA was formed to give the independent loggers a collective voice in the changes taking place in society and the forest industry, as well as to share information about newly developing logging machines, methods, and technology.

During the summer of 1939, loggers in the Parksville area discussed new regulations on snag felling and slash burning. Also discussed was the need for an association to express their concerns. Bert Welch of Olympic Logging in Qualicum took the lead and invited all the loggers in the area to a meeting. Only Wallace Baikie showed up.

By 1941, the effects of the war were being felt by the logging industry: equipment was in short supply, many of the best young men had joined the armed forces, wages were increasing, and prices were regulated. To make matters worse, the confusing new slash-burning regulation carried a $5-per-acre penalty, and the costs of burning and snag felling were not permitted expenses under the income tax act.

In October 1941, Welch called another meeting in Qualicum. It was attended by 18 loggers, who agreed to form an association. A general meeting was held in Nanaimo in the summer of 1942 to elect officers and work out the details of incorporation. The name “B.C. TLA” was chosen, but it was unacceptable because of possible confusion with the BCLA. On May 4, 1943, the TLA of B.C. was incorporated.”

Today, the TLA is a strong and unifying voice for the provincial forest community and represents its over 500 member companies by promoting the viability and sustainability of the B.C. forest industry, in policy development, by fostering effective communication and ensuring a dynamic organization that addresses the evolving needs of its members.

TLA at a Glance

The TLA at a Glance provides an overview of activities the TLA has recently achieved for our members.

Our Board of Directors represent the interests of our diverse membership to ensure a broad range of forestry and business matters are addressed and that action is taken.

Due to the COVID-19 pandemic, we have been unable to update our Board of Directors photo.

Bob has led an accomplished and varied career as a senior executive in the private, public, and First Nations sectors of BC’s forest and resource industry. His extensive career began with 17 years in various technical and management roles with the Ministry of Forest and Lands, followed by 13 years as vice-president and president with the Husby Group of Companies, and the past eight years as Chief Operating Officer and Chief Executive Officer with Haida Enterprise Corporation.

He has been directly responsible for providing successful leadership and strategic planning to diverse and growing teams in challenging industry climates while concurrently maintaining strong and growing businesses.

Bob has a proven track record of achieving goals and targets while working with a wide spectrum of public interest groups and ownerships to find successful balances of results and collaboration. For both First Nations and licensees, he successfully led the startup of new businesses and transformed them into sustainable and profitable enterprises with strong growth and job creation.

Bob is a registered professional forester, has an MBA from Queen University, and was a TLA Board Director for 10 years. 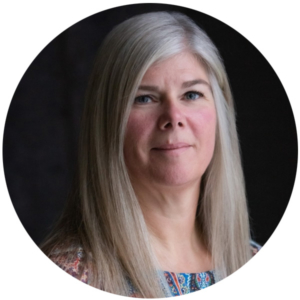 In May 2018, Jennifer joined the TLA as the Director of Communications to provide strategic communications leadership. With 12 years of award-winning public relations, marketing and communications experience, and an Honours BA in Communications, Jennifer brings extensive knowledge to this position. Jennifer oversees all communications strategies including media relations, social media, website, and collateral materials, and is the editor of the quarterly Truck LoggerBC magazine.

Prior to joining the TLA, Jennifer was the Senior Manager, Communications for the BC Children’s and BC Women’s Hospital’s Redevelopment Project at the Provincial Health Services Authority where she led all communications for the newly built Teck Acute Care Centre. Jennifer graduated on the Dean’s Honour Roll from McMaster University and has received a Canadian Public Relations Society Award of Merit and Pinnacle award, among others.

Hope has a Bachelor of Professional Communications from Royal Roads University and brings 8 years of communications, marketing, and digital knowledge to the table. Her background is a range of sectors including non-profit organizations, education, small business, tech companies and more. She is excited to bring this to her work at the TLA. 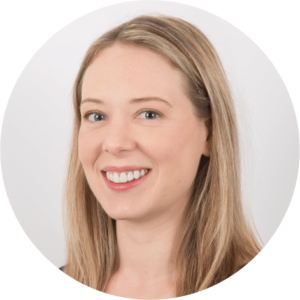 Sarah joined the TLA as Director of Events in 2019. She is responsible for leading the TLA’s comprehensive events program, including the annual convention and trade show, golf tournament, and networking events.

Having immigrated from New Zealand in 2018, Sarah brings 17 years of communications, marketing, and international event management experience from a range of sectors, including security, education, insurance, and construction. She is excited to add her passion and creativity to the events that underpin the Association and bring its members together.

Yvonne joined the TLA in November 2022 as the Membership Administrator. She is responsible for overseeing and coordinating current and prospective member services and provides administrative support to the Board and other committees.

In 2017 Yvonne emigrated from Belgium to Canada. She brings 22 years of customer service and senior administrative experience to the table. Her background is in a variety of sectors, including education, tech and oil companies, tourism, smaller companies, and more. She is excited to bring this to her role at the TLA.